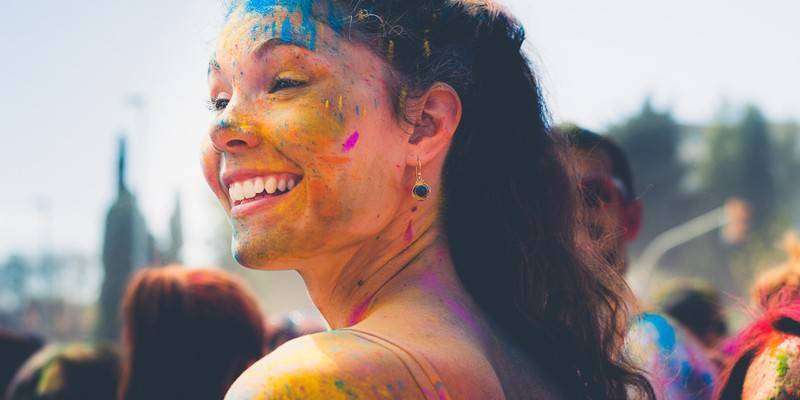 How to do India as a solo female traveller

July 7, 2016 By Adriana in India, Travel Tips Comments Off on How to do India as a solo female traveller

India has a reputation as one of the most beautiful and, frankly, bizarre countries on the planet. But it’s also got a reputation, rightly or wrongly, as a slightly dangerous place for women to travel alone. Now we’ve never had any problems on our group tours in India (our guides know all the areas to avoid and tips for staying out of trouble, no matter your gender). But we wanted to get some thoughts from a pro traveller who recently returned from a trip to the subcontinent: British blogger Katy Colins, aka Not Wed or Dead. Katy soaking up the sun in India.

What made you want to write about India?

For many travellers, India is this mystical, chaotic, colourful and magical place – a country that really has to be seen to be believed. I just fell in love with it during my travels but that’s not to say that backpacking in India is without its challenges and frustrations! I wanted to share the emotional rollercoaster that many backpackers experience as your senses are in over-drive from the smells, sights and noises that welcome you. It is intoxicating, overwhelming but also quite addictive. I hope that people feel inspired to experience it with their own eyes after reading Destination India!

Were you nervous about travelling to India as a solo female traveller, and how did it match up to your concerns?

I did feel a little apprehensive being on my own as a female traveller but I was determined not to let this put me off the wonders I knew I was going to discover. I won’t lie, it isn’t the easiest country to travel around on your own but with these challenges come incredible moments that you can learn so much from. The cultural differences, the people and the beauty that lies around you both shape and make your time in India so much more rewarding than any other country I’ve travelled to alone.

What would you say to anyone nervous about travelling to India?

Don’t overthink it. Of course you should do your research before you go (as you would with any solo trip) but as long as you use your common sense, dress appropriately and expect people to stare at you (mostly out of curiosity than anything untoward) you will have the best time. What surprised you most about the country?

The generosity of local people. They live very different lives to the one I’m used to back home, which at first can be hard to get used to – especially the levels of poverty. But some of the happiest people that I’ve met in India are the ones who appear to have nothing. It certainly makes you look at your own problems and quickly puts them into perspective.

Where were your favourite and least favourite places and why?

I adored the Taj Mahal but hated Agra, where it is based. For such an iconic site I felt the surrounding area was quite intimidating, filthy and tough to adjust to. I also loved my time in Goa, getting away from the chaos of the big cities to laze on unspoilt sandy beaches is hard to beat! If you could give one piece of advice about what to pack, what would it be?

Female travellers should make sure they cover up with a scarf, especially when heading to religious sites, you want to blend in and not stand out. I also couldn’t have travelled without my trusty antibacterial hand gel – if you want to keep Delhi belly at bay then this needs to be with you wherever you go!

What was the most memorable part of your trip?

Getting to see the Taj Mahal with my own eyes. Even after growing up on images of this wonder of the modern world from guide books and magazines, nothing prepares you for seeing it just ahead of you. I’m not ashamed to say that I was a blubbering mess! As I stared up at it in total awe I just felt like I was really here, in India, and doing it all on my own. I guess I just hadn’t realised how resilient I’d been and far I’d come to get here. A complete pinch-me moment!

Ready to tackle the subcontinent? You might be solo, but you won’t be alone: check out our India small group tours.

You can follow Katy Colins at her award-winning travel blog, Not Wed or Dead, or pick up a copy of her book, Destination Thailand, on Amazon.  Feature image c/o Modes Rodriguez, Flickr

If you visit The Kimberley, we recommend a Heli Sa

Don't you hate it when you're trying to relax in p

Take a look at those amazing colours in the sky at

This photo was shared with us by our client Erica

Who else is obsessed with penguins? We can't get e

How spectacular is this photo taken in Broome! It

We had a group visit Mont Blanc a few years ago, t

Have you visited the magnificent Grand Canyon Nati

How beautiful is Nasir al-Mulk Mosque in Shiraz, I

The Digital Art Museum in Tokyo has so much to see

Mexico is home to some of the most beautiful natur