May 18, 2017 By Adriana in Special interest No Comments

Humans have a complicated relationship with flatness. We often find it boring, but flatness has built the modern world and opened it up for travel. Flat roads and railways whizz us from A to B at speeds unimaginable to our Medieval peasant ancestors who trudged slowly along rutted, muddy paths.

The flatness of the Netherlands, Nebraska and the Nullarbor Plain may be quintessentially dull to the Western mindset but we long to travel to ‘exotic’ flat landscapes such as the African savannah.

In his new book Flatness (Reaktion Books, AU$33.99), Emeritus Professor Barry Higman of the Australian National University in Canberra shines a light on problems such as these as part of his fascinating exploration into what flatness has meant to humanity in the past and what it will mean in the future.

Higman reels off revelation after revelation in his book. Did you know that the concept of flat places as boring is actually quite recent? 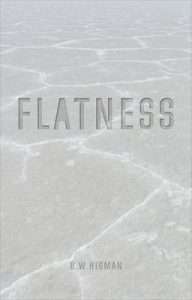 Many great civilisations were founded in flat regions; on lands made fertile – and resource rich – because they were on flood plains. Egypt and the early civilisations of Mesopotamia, for example. Mountains had long been considered places of great dread and it wasn’t until the 17th century that flat places started to get a bad aesthetic reputation.

“Today, humans still think of mountains as much more beautiful than we have done for most of our history,” Higman tells me. “By contrast, flat places are not just monotonous but also empty and resource poor.”

But what about the Tibetan Plateau, the African savannah and Bolivia’s Salar de Uyuni? Why do travellers want to see these flat, monotonous places? If you want to get to the bottom of conundrums such as these, Higman’s new book is a good place to start.

“Flatness is contradictory and paradoxical,” Higman says. “We use the word ‘flat’ to refer to things that are often disparaged, yet flatness is incredibly practical and profitable and we depend upon it in everyday life.

“Since the Industrial Revolution, humans have done their best to flatten landscapes wherever they can to create useful surfaces. Modern roads and railways are incredibly important for the speed with which they allow us to travel through the landscape and the way in which we see it.

Flat but interesting: savannah in Tanzania

Further muddying the waters, Higman points out, there are negatives to the convenience of modern flatness. Large parts of the landscape have been covered in asphalt and concrete and we have become less active, because flatness means we are able to move without too much effort.

“We can lay the blame for obesity at the door of flatness to some extent as well as our general failure to recognise the beauty of nature.”

Higman himself is a microcosm of humanity’s ambivalent relationship with flatness. He recognises its utility, but is critical of people who “put their foot down and hope to get to the next roadhouse as fast as possible” and airline passengers who “seem to want to watch movies on flat screens rather than looking out the window”.

So what is his tip for travellers to get the most out of our flat world?

“Get out of your car every now and again, have a wander and look down closely at the ground,” he says. “There’s lots of interest there in the small scale.”

But Higman is at his most inspiring when he talks about the biggest, most ignored flat place on Earth.

“The really flat place on the Earth is the ocean. You may think people talk about ‘mountainous’ waves – but they’re not that big. The biggest, most overlooked flat place

More than half of the world’s population lives within 200km of a coastline. Despite that, we’re not people of the sea and hardly relate to the sea. We have become an artificially flat sort of people in terms of our physical environments.

“Rowing across the Atlantic isn’t for everybody, but if people were to get out and take a voyage out on the sea that would be good.”

Inspired to take a voyage? Go to Antarctica with Peregrine >