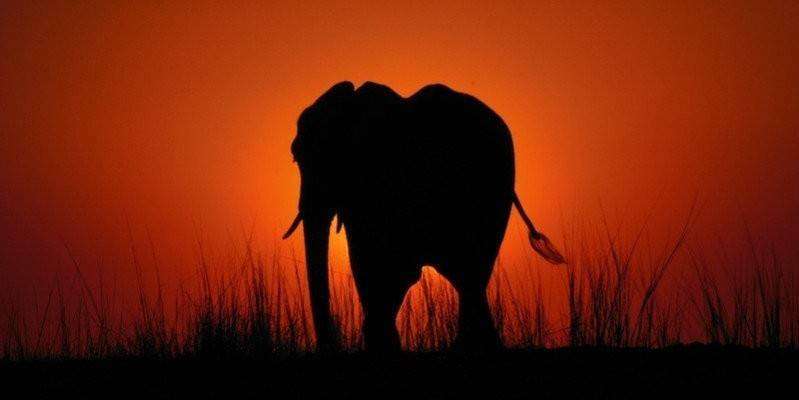 It’s official, guys: here are the 6 hottest destinations in 2016

January 15, 2016 By Adriana in Africa, America, Asia, Australia, Europe, Travel Tips Comments Off on It’s official, guys: here are the 6 hottest destinations in 2016

It’s that time of year again, folks. Lonely Planet’s Best in Travel for 2016 list is hot off the press. As travellers and professional where-to-next-ers, we look forward to this thing every year. It’s a much better way to pick our next adventure than what we normally do: throw darts at a revolving globe, which is not very helpful and sometimes a safety hazard.

Here they are : the hottest destinations in 2016. Are any on your list?

Japan is an endless source of fascination (nay, obsession) for travellers young and old. Some are drawn to the traditional side of Japanese society; the tranquil shrines, ryokan guesthouses and fleeting snowy romance of cherry blossom season. For others, it’s the cutting-edge modern art, technology, fashion and design that appeals, the frenetic futurism of Tokyo (recently victorious in winning the host bid for the 2020 Olympic Games) or the cultish anime and gaming communities. For others still, it’s all about the weird and wacky: islands overrun with rabbits, vending machines selling anything and everything, and cafes dishing out cats, cuddles and robot shows like there’s no tomorrow. But for most, we suspect, it’s the idiosyncratic mix of all three, which is oh so eclectic and oh so Japan.

It would be remiss (and impossible) to talk about Japan without mentioning its food. Like in many facets of Japanese society, the intrigue is as much in the surrounding ceremonies as in the food itself, in the intricacies of tea service and the theatre of teppanyaki, even in the crowds of businessmen industriously slurping their soup on the train home from work.

But be warned: a little taste and you’re hooked. Japan is one of those places you’ll come back to over and over again.

In a westernised world, where Hollywood rules our screens and there’s a McDonald’s on every corner, it’s easy to presume to know the US of A like the back of your hand. Which is a shame, because, united as they may be, the states of America are thoroughly unique. From the soulful South to the shining megacities of New York and Chicago and frozen reaches of Alaska, the US is home to an astounding range of cities, cultures and landscapes. This year is the 100th birthday of the country’s National Parks Service, which oversees the protection of 59 national parks and hundreds of historical landmarks.

California is itself a microcosm of this greater diversity, home to lush Yosemite National Park and thirsty Death Valley; the flashy beaches of LA and the progressive, earthy communities of San Francisco. With its friendly locals, kitschy pop culture and a so-hot-right-now food scene, the self-proclaimed Land of the Free is the place to be.

This year marks the 25th year of Latvia’s independence. And boy, has it grown. Since casting off the repressive shackles of communism, this proud nation has undergone a reincarnation, breathing new life into ancient traditions and reinventing itself as a force to be reckoned with.

Riga, Latvia’s capital, is young, hip and cheap. With its edgy beer gardens, underground nightlife and New Nordic cuisine, it is, according to many, ‘the new Berlin’ – a label taken pretty seriously by its purveyors. For those with more classic interests, Riga is home to dazzling Art Nouveau architecture, castles and a magnificent Opera House, as well as the Soviet relics common across the Baltic states.

Outside of the cities, you’ll find a tranquil coastline dotted with spa towns and untouched networks of pine forests and rivers, perfect for long days of rambling and picnicking.

Nowhere do you feel as small as under the great Antipodean sky. Australia has space – lots of it – and some of the greatest swathes of wild, untouched landscape on the planet. Many tourists head straight for the east coast to cosmopolitan Sydney and Melbourne, or to Queensland’s beaches and the delicately balanced ecosystem of the Great Barrier Reef.

From the domes of Kata Tjuta (The Olgas) to the gorges of Karijini National Park, central and western Australia thrum with the harsh romance of the Outback. Indigenous culture and spirituality run deep in the bush. In a time of climate instability and destruction, it is humbling to meet a people so thoroughly in tune with the land. Much of the West Coast remains unspoiled by development or tourism, and native wildlife roams free. Plus, the star-gazing out here is pretty great.

Historically, Uruguay has been largely overlooked as a tourist destination because of its flashy neighbours, Brazil and Argentina (you may have heard of them?). However, things are changing, as tourists prick their ears to the promise of first-class surf beaches, all the yerba mate you could drink and gauchos on horseback, ready to ride you off into the sunset.

Leading the way is Montevideo, Uruguay’s capital of cool, culture and cosmopolitanism. Like Buenos Aires, it has a resounding European feel, but is smaller and safer, with a flavour all its own. The charming Portuguese city of Colonia del Sacramento is another favourite among travellers, as is the glamorous resort town of Punta del Este. Venture further and you’ll hit hot springs, bohemian fishing villages and rolling pampas peppered with estancias.

If you feel like a walk on the wild side, make a beeline for Botswana. This southern African nation has some of the continent’s largest wilderness areas and is the stuff of safari dreams. There are more elephants in Botswana than anywhere else in Africa, not to mention huge colonies of lions, hippos, zebras and giraffes. Just the whole collection, really. The Okavango Delta draws an unusual volume of birdlife and has recently been named as UNESCO’s 1000th heritage-listed site. Unlike in neighbouring countries, Botswana’s wildlife populations are able to flourish due to strict environmental protection laws.

In 2016, Botswana celebrates its 50th year of independence. Democratic and socially progressive, the government has overseen a decline in corruption and a refreshing growth in the economy. In summary, Botswana is looking mighty healthy, and mighty enticing.

Intrepid run small group adventures to all of the above destinations. Check ’em out here.