11 foods to try in Germany that aren’t schnitzels

October 19, 2017 By Adriana in Europe, Our Unforgettable World, Travel Tips No Comments

Believe it or not, there’s more to Germany than crumbed pieces of pounded pork fried in oil.

Germany is one twelve-paged, double-sided, laminated food menu just waiting to be perused by hoards of hungry travellers, and while Deutschland is globally celebrated for its iconic schnitzel, there’s so much more to this country’s cuisine than just naked parmas.

Here are 11 delicious German dishes to try on your next trip to Deutschland that aren’t schnitzels. A bowl of cheesy spatzle, image by Shutterstock

You can’t visit Germany without treating yourself to a bowl of traditional Swabian egg noodles. Made using eggs, flour, salt and a dash of fizzy water, this delicious pasta is traditionally served as a carb-loaded side to heavier meat dishes, but can also be enjoyed on its own with a healthy serving of Swiss cheese as a German variation of mac’n’cheese.

We can’t get much further down this list without mentioning the schnitzel’s long-time partner in crime – the Bratwürst. This pork sausage is a compulsory attendee at every German barbeque and is typically grilled for two minutes on each side, popped in a bun and doused in ketchup or mustard (or both!). 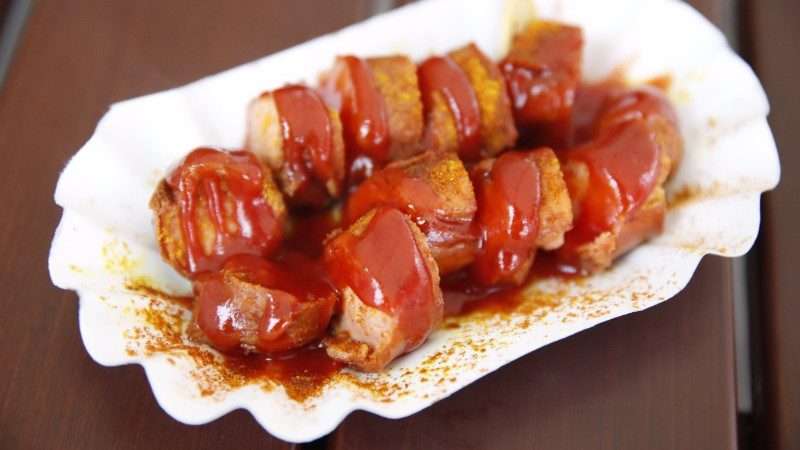 Coming in third on our list is the Currywurst – the Bratwürst’s spicier younger brother. This mighty German sausage is usually made from pork and wrapped in ‘Darm’ (probably don’t Google that before you try one), then sliced up into pieces and served with a mix of ketchup and curry powder. Folks who enjoy pushing their arteries to the limits also enjoy their Currywurst with a side of french fries or plain white bread.

If you’re missing your Maccas hashbrowns back home, a great substitute is Bratkartoffeln. This tasty dish is made from sliced potatoes that are then fried in oil with bacon and onions. Basically they’re not the healthiest option on the menu but neither is anything else we’ve mentioned on this list yet.

This little Swabian ravioli dish is said to have been created by monks who weren’t allowed to eat meat, so they wrapped it in a sort of pasta dough so God wouldn’t know that they’d defied his strict dietary requirements. Needless to say, this little salad-dodging dish has evolved into a delicious traditional German meal of fried pasta stuffed with pork, beef or even veggies. 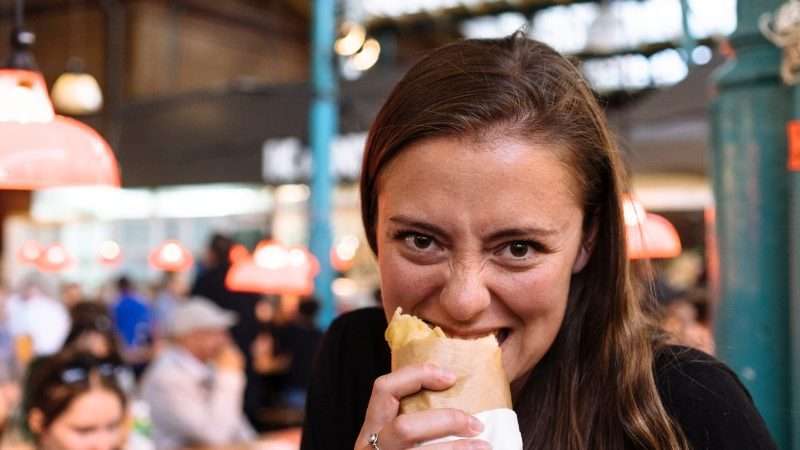 Thought to have been invented in Berlin – the country’s capital – the döner kebap sandwich has encountered a steady rise to popularity over recent years. Traditionally this tummy-filler is made from a base of freshly baked pita bread, filled with sliced spit-roasted meat, and topped with lettuce, tomato, onions, cabbage and chili flakes. It’s then of course doused in garlic-yoghurt sauce.

Leberkäse is basically a German adaption of meat loaf. It’s a sort of sausage that’s cooked in the oven for a long time and then sliced and served with white bread smothered with sweet mustard. This German heart attack is typically enjoyed as a snack during the day rather than as a sit-down meal. It’s also best followed by at least half an hour of cardio.

Flammkuchen is a pizza-like dish made from a thinly rolled bread dough which is traditionally topped with creamy toppings like fromage blanc or crème fraîche, as well as thinly sliced onions and lardons (small strips of pork). The whole thing is then baked in a wood-fire oven and served hot, fresh and ready to be devoured.

Technically speaking, Gulasch isn’t exactly a German invention, but by golly do people their love the stuff. Over time the Hungarian recipe has endured numerous German variations to the point where it’s become one of the country’s most iconic dishes. This rich stew is made with thick pieces of slow cooked beef and a delicious tomatoey sauce. It’s usually enjoyed either as a sort of soup on its own or alongside a healthy serving of Spätzle. We can’t make a list of German foods without including the country’s favourite salty, soft breaded snack. The German bretzel is made from knotted bread dough, topped with generous amounts of salt and ideally served fresh. Yes, it’s a simple as it sounds, and yes, it is VERY hard to kick the addiction. 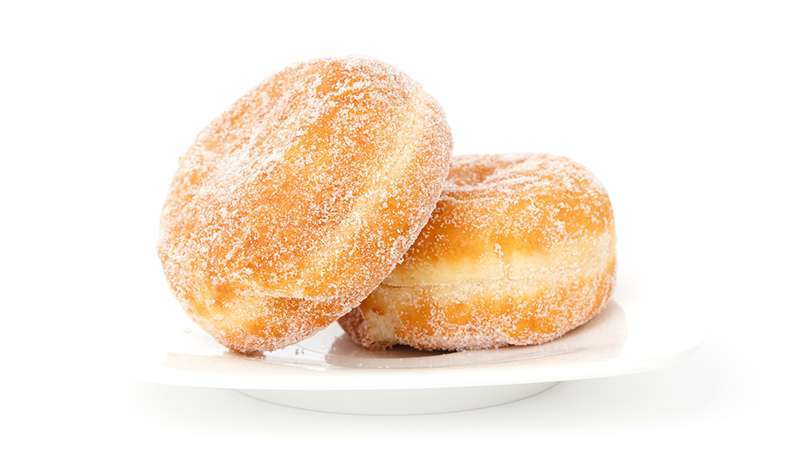 Because your body hasn’t already been through enough after sampling the first ten artery-cloggers on this list, we’ve decided to finish it with a delicious German sweet treat. The Berliner is basically an excuse to eat hot jam donuts overseas. They were invented in the 18th century are are traditionally topped with powdered sugar and filled with jam. Berliners are typically enjoyed with a side of more Berliners.

Next time you’re handed a menu in a crowded brauhaus (perhaps on a Geckos jaunt through Germany), remember to think outside the schnitzel-shaped square when you go to order and tick off one of the try-before-you-die dishes on this German bucket list.