Life in the north: our top 6 Arctic wildlife experiences

June 14, 2017 By Adriana in Our Unforgettable World, Polar No Comments

Original blog post featured on The Journal by Intrepid Travel, by James Shackell.

If all you knew about the Arctic was that it’s freezing and often completely dark, you’d be forgiven for choosing, say, Tahiti, for your hard-earned holiday time. It’s sunny and warm and it’s got those little coconuts with umbrellas in them (gotta love those). But one thing the Arctic does have (apart from a warm and welcoming Inuit culture) is wildlife. Lots of it. Wildlife that you can’t find anywhere else on the planet, on a size and scale that puts a lot of the more traditional ‘animal destinations’ to shame.

Even a couple of decades ago, a lot of these amazing creatures were inaccessible to pretty much anyone who wasn’t working for the BBC’s documentary team, but now tourism has opened up places like Svalbard and Greenland to travellers. If you’re heading into the world’s frozen north, these are the animals to watch out for: The Arctic’s apex predator, and the wildlife sighting most travellers covet above all others. That’s mostly because – due to habitat destruction and global warming – what was once a rare and elusive animal is now even rarer. To increase your chances, there are a few places you should visit. The coastal ice flows of Greenland are the best spot, especially around April or May (when the sea ice begins to break up and bears are looking for food). In Canada the place to be is Churchill on the shores of Hudson Bay; hundreds of polar bears gather here in October and November, waiting for the ice to freeze so they can wander north to hunt seals. 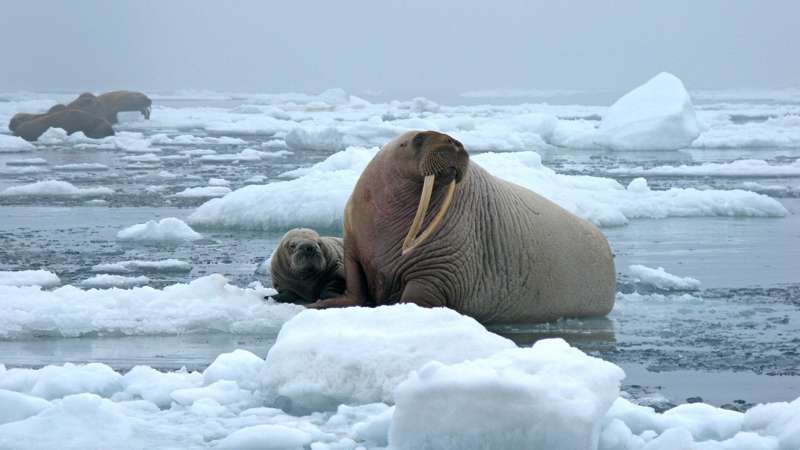 Walrus look like they were last in line when God was dishing out body parts: a heavy, blubber-filled body, bristly whiskers and overlong tusks. No one’s making a ‘12-months of Walrus’ calendar any time soon… Walrus gather in huge colonies across The Arctic, but you can spot them surfacing through the sea ice or lazing around in a dozen different places: North Greenland is a good spot, particularly in Davis Strait, Baffin Bay and the Thule district; Alaska too has a few big Pacific Walrus colonies, and you’ll get good sightings around Cape Seniavin or Round Island between May and August. Spitsbergen and Svalbard are still your premier destinations: especially in the north-east of the archipelago. 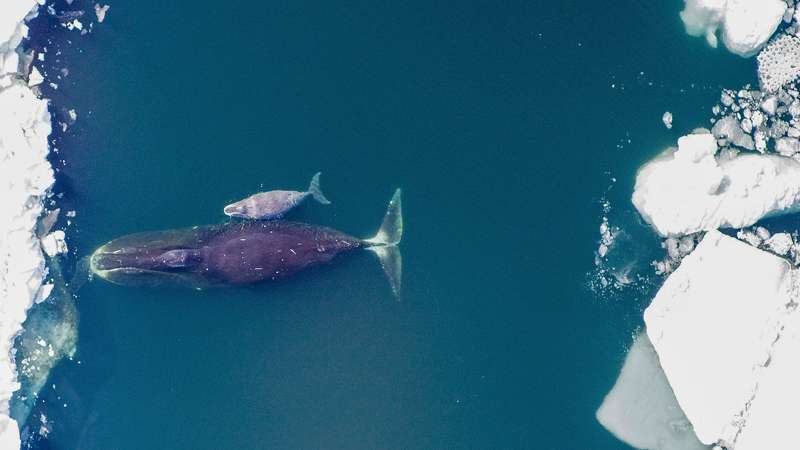 In the Arctic summer, hundreds of whales from all over the globe arrive in the frozen seas off the coast of Alaska, Greenland, Norway and Canada, back from lengthy trips to the warmer waters of the equator. These are migratory species like gray, blue, fin and minke whales, and you’ll usually only see them between June and August. But Bowhead and Beluga whales live in the Arctic year-round. You’ll have a good chance of a sighting off the coast of Aasiatt in Greenland or Saint Lawrence Island in Alaska (usually from late April to May). Keep an eye out for pods of orcas too, especially if you’re cruising the Norwegian coast (one of their main hunting grounds). Svalbard reindeer are native to the archipelago and, it’s fair to say, not the most athletic of reindeer (Santa probably wouldn’t want these slightly chubby guys pulling his sleigh). They live a largely sedentary life, to conserve energy, in the frozen north, and in winter they grow long shaggy coats, which makes them extra pudgy-looking. The stubby legs don’t help either. Cruising around the coast of Svalbard, you’ll often see herds moving close to the coast, but the real hotspot is the little island of Edgeøya, part of the large Søraust-Svalbard Nature Reserve. Travellers can go for a walk on the island, although experienced local guides are needed to make sure the area is free from polar bears first (live it, learn it). The Arctic fox is probably fighting out with the polar bear for the title of ‘Rarest Arctic Wildlife Experience’ (just figuratively fighting – the Arctic Fox would probably lose any physical confrontation with a bear unless the bear was already dead). The best place to see Arctic foxes in the wild is Iceland. And the best place to see them in Iceland is the remote west fjord country, particularly up around Hornvik. If you can’t make it quite that far, there are fairly common sightings at Ísafjarðardjúp and the northern part of the Strandir region too. Arctic foxes have great camouflage, so you’ll need a keen eye, a lot of patience and a very warm coat to spot them.

Narwhal’s are known as the ‘unicorns of the sea’ (no prizes for guessing why), although their horn is really just a big tooth. No one really knows what the Narwhals tusk is for, except perhaps for driving Arctic wildlife tourism. They’re one of the Arctic’s more spectacular creatures but, like polar bears and Arctic foxes, are very rare and hard to find. Any boat cruising the fjords and inlets of northern Canadian (Nunavut), or off the coast of western Greenland, has a chance of spotting a Narwhal, especially in winter when they tend to hug the coast, surfacing through the pack ice. Keep that camera handy…

Ready for an Arctic adventure? Check out our range of small group adventures in the world’s frozen north.